We have years of experience caring for families from all walks of life, cultures and faiths. Our unsurpassed staff and our family provide kind, caring, professional service. Each family comes to us because they know we are leaders in our profession who are dedicated to excellence in service, adhere to the highest funeral industry standards, and have exceptional integrity. We consistently earn phenomenally high customer satisfaction survey results.

Our licensed, professional staff is here for you 24 hours a day, 7 days a week. Please call 951-679-1114 anytime. We will even come to you to make arrangements in the comfort of your home.

Prompt, compassionate service is always just a phone call away, where and when you need it.

Justin is originally from Long Beach, California, where he graduated from Lakewood High School. He holds a Bachelor’s degree in Business from California State University, Fullerton, and he is a licensed funeral director and pre-need counselor in the state of California.

Justin was born into the funeral business and is a third generation funeral director. As far back as he can remember, he was helping his grandpa at their family run mortuary located in Long Beach, California, doing everything from cleaning the cars, emptying trash cans and vacuuming the carpets, to eventually working funerals. After years of helping out in the family business, he was finally put on payroll at the age of 15. He continued working there for the next eight years while finishing high school and college.

After completing college, Justin moved with his family to the inland empire in 2002 and has been working at Evans-Brown Mortuary since then. As Justin has learned, life has a sense of humor. He worked at the family mortuary to put himself through college, and the whole time, his plan was to graduate and start a career in something other than the funeral business. However, after graduation, he came to the realization that the funeral business was where he was meant to be. What he enjoys most in his job is helping people at a very sensitive point in their lives. Through this ministry, he has really met some incredible people. For Justin, being a funeral director is fulfilling both personally and professionally.

Justin and his wife, Kimberly, have been married since 2000. Since then, they have seen their family grow with the additions of their six children, three daughters and three sons.

Outside of work, Justin enjoys staying active. He enjoys hiking, biking, and watching his kids sporting events. Justin and his wife are active in their community and church where they enjoy meeting new people.

Carrie moved to Menifee with her husband in summer 2015 and joined the Evans-Brown family shortly after. She has worked in just about every capacity of funeral service and now serves as a licensed Funeral Director and Embalmer, caring for and helping families. Carrie is also a licensed Crematory Manager. She is truly an accomplished, respected, and compassionate member of our team. She graduated at the top of her class from the Cypress College Mortuary Science Program in 2004, served her embalming apprenticeship and worked at O’Connor Mortuary in Laguna Hills, California for 11 years.

Carrie is an animal lover with a particular affinity for reptiles, a skateboarder who loves the beach, and a huge fan of her family. The philosophy that she lives by is proof of the wisdom and heart we treasure in her: “Live each day to the fullest because we aren’t guaranteed to have tomorrow. Do random acts of kindness every single day.  Smile - it’s contagious.”

Gary was born in Fontana, California during “the most wonderful time of the year,” Christmas. He grew up in a little town called Bloomington with his two sisters and attended schools there from elementary to high school eventually graduating from a private Christian school in Colton. Throughout his teenage years, Gary was very active with his horses and belonged to different horse clubs. A venue he says that kept him sane during his hectic teenage life. In 1981, he met Linda and they married in July 1983. They have two children, Bethany and Josiah. During the early years of marriage and trying to help raise two kids, Gary attended college off and on. In 1989, he began training for a career that would change his life forever. He attended Cypress Community College and was enrolled in the Mortuary Science Program, graduating in December 1990. He began working right out of college in the funeral industry with a firm in Riverside. Gary continued on with college and received his Associate of Science Degree in Mortuary Science in 1995.

In September 2010, Gary came to work for Evans-Brown Mortuary. “Working here allows me the opportunity to continue doing what I absolutely love to do, helping people through one of the most difficult times in their lives. It’s a very rewarding and satisfying experience.” Outside of work, Gary is very involved in his church, "The Well," in Riverside that he has attended for 38 years. He and his friend Jim sing as a duo called TravisGray and help to lead worship there. They travel to different coffee shops and other venues to perform. Gary also likes to spend time with his family and friends and going to Disneyland…a lot! “Life should not be taken for granted considering who gave it to us. We should live everyday like it was our last. Have fun and laugh. We only get one chance at it.”

Danette M. Moore was born in Los Angeles, California. Her family relocated to Perris, California in the mid-1980's. Danette is a graduate of Rancho Verde High School, which is located in Moreno Valley, California. She continued her education at Cypress Community College and completed the Mortuary Science Program.

She is a passionate Funeral Service provider, always striving to exceed the expectations of the families she is privileged to serve. Her professional experience includes more than 20 years of hard work and dedication to the profession. Her licensing includes Funeral Director (FDR# 2850), Embalmer (EMB# 8828) and Insurance Agent (Lic.# 0K10380). Her motto is “Serving families with honor, dignity and respect."

She brings a wealth of knowledge to the Evans-Brown & Hemet Valley Mortuaries. Danette is very active in the growth of her community and profession. She is currently a member of the Board of Directors, member of the Riverside National Cemetery Military Honor Detail. She is a past member of  the National Alliance of Free Woman and an officer of Epsilon Nu Delta Mortuary Fraternity, as well as a board member of the Perris Valley Chamber of Commerce.

Danette and her husband, Kevin married in 2008. They have three wonderful children, Jalen, Nya and Bryce.  Danette is a faithful member of Greater New Hope Christian Church located in Perris, California. She also enjoys, cooking, listing to music and spending time with those she loves.

Desiree joined the Evans Brown team in November of 2016.  She has been in the industry since 2005 and brings management experience in every facet of mortuary operations.

She graduated from the University of Nevada Las Vegas in 1996 with degrees in Sociology.  She currently resides in Temecula, California with her husband, mother, and five children. 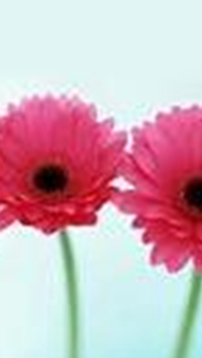 Many years ago, at the age of 19, I had the privilege of working at a family owned mortuary in Long Beach, California. I began as a secretary, then as an office clerk, from there I was an occasional service director and removal attendant until finally becoming a funeral arranger. I got to experience and learn a little of everything there, and became very passionate in helping families. I never realized what an amazing journey this experience would take me on. In 2009, I joined Evans-Brown Mortuary as the counselor and overseer of the daily operations for our Perris location. Aside from meeting with all the families in Perris, when needed, I am the bilingual director that cares for families at our other three mortuaries. I approach what I do every day at the funeral home, not as work, but as a ministry. I truly enjoy what I do with all my heart. Every day I am given an opportunity to help someone through a difficult time. Every family that I have met has given me a true appreciation of what life and death really is. At the end of the day if I can help someone and be able to bring a smile, then it is truly a successful day for me.

In my free time I really enjoy learning science and math. I admit it, I enjoy learning and reading all that I can. I enjoy a very good laugh. My daughter Em is my world; I love to see her face light up when we do science experiments at home, go out into nature or visit the museums and observatories. I have a deep appreciation for classical music. We currently are self-teaching ourselves how to play piano, and it’s going well.

Jo Ann O’Neal was born in Bangkok, Thailand.  She moved to Brea, California at the age of 2. Her father was in the military and served in the Army. She has lived in Southern California most of her life with a brief stint in Southern Utah where she graduated High School. Jo Ann is newly and happily married to her best friend Robert. Between them they have 6 young adults.

In her spare time she loves to do crafts, bake, read, listen to music and of course she loves to go on motorcycle rides with her husband. The world is a beautiful place - if everyone would just open their eyes and just see what God created.

Jo Ann is also new to Evans Brown and to the industry. She is enjoying her new role with the Evans Brown team who are like family. This team of individuals are so caring and compassionate to the people around them. Through her eyes, she sees how they give special care to the families and the loved ones they serve. It is so wonderful to be part of a team of people like these are.

Carlos was born and raised in the Southwest Riverside County area and went to Murrieta Valley High School. Continuing his education while working to put himself through school and attending Mt. San Jacinto Community College until transferring to a four-year university. He later graduated from California State University, Fullerton, where he received a Bachelor’s degree in Human Communication with an Emphasis in Interpersonal Communication. He joined the Evans-Brown family shortly after where he performs his responsibilities each day with professionalism and hard work.

You are welcome to call us any time of the day, any day of the week, for immediate assistance. Or, visit our funeral home in person at your convenience.